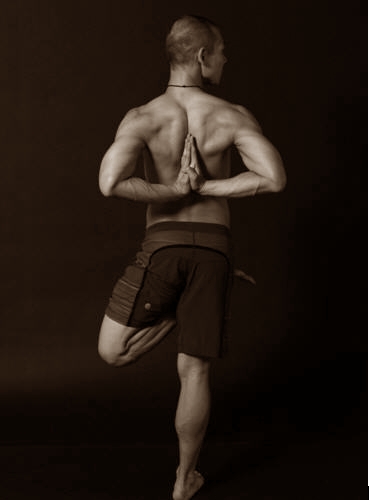 Pin Suew Ng had his first glimpse of yoga when his father taught him the lotus position at the age of 4, sat him down in front of a candle and intrigued him by telling him that if he concentrated hard enough his mind would interact with the candle flame. Seven years ago he began his yoga training in earnest. His first yoga teacher was Lois Steinberg from the B.K.S. Iyengar tradition in Illinois.

Later after getting involved with body building and tennis instead, he suffered a severe injury which brought him back to Yoga. He started studying Ashtanga yoga with Chris Hensley in Seattle. A year later, he took teacher training and was certified at Gaia Flow Yoga with Chrystal Rae and Andres Illera in Dallas Texas. He likes to combine meditation, breath and mindfulness to develop insight on and off the mat and believes in yoga as a form of service to others. Also he is still working on blowing out and lighting candles with his mind.